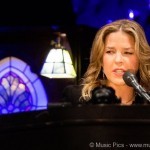 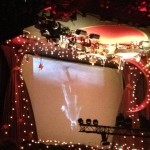 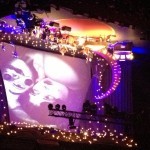 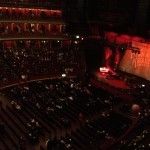 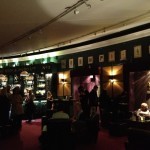 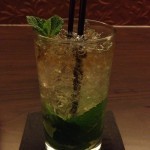 I have booked Diana’s concert last year in Summer. October has finally arrived. I went to Royal Albert Hall cocktail bar to have a Mojito Royal in Berry Bros. & Rudd first, I heard they are the oldest wine and spirit bar dated back to 17th Century. The cocktail was really good. I wish I got more time to have second one before show started.

About 8pm, I went back to my seat, and I got a great seat. There was  a big screen behind the grand piano and the vintage piano, the usual bass, drums guitar, keyboards etc.

Diana sang most of her new album <Glad Rag Doll> and the album was great. I will say the new album is modern jazz rather than classical jazz. There were many modern guitar elements in it. Sometimes sounded like folk and jazz combination, but it gave the songs a twist. Her voice is incredible – her voice sometimes reminds me of Sarah Vaughan, but much deeper and sexier. But I have say her voice is very unique!

It was a great concert, and I wish to hear all her albums in one night.

Pictures from My Iphone. The closer pictures and more Diana’s that night from MusicPics office website.