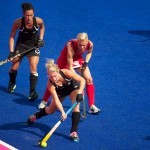 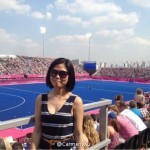 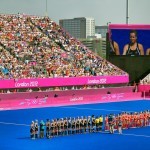 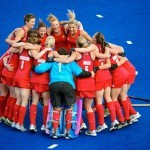 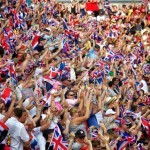 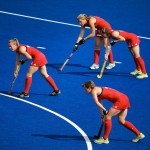 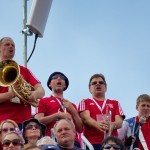 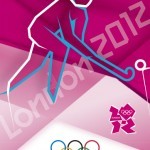 We got the hockey tickets in Olympic village after John thousands times of refreshing the office website. It also surprisingly was Great Britain vs New Zealand – a commonwealth face-off for bronze!

Olympic village was amazing! Millions of people were coming and going. The atmosphere was just overwhelmingly high spirt. You really needed to be there to feel it.

Hockey was held in Riverbank Arena. It was an open space and the weather was incredible hot and sunny. The crows were so supportive for Team GB.

Team GB won by 3 vs 1. It was fantastic lifetime experience and I was lucky to be part of the Olympic events.