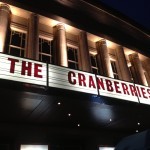 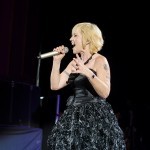 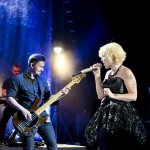 I booked to see The Cranberries long time ago and they rescheduled in October. I used to listen all their albums when I was in teenage.

I remember my sister and I love them so much. Back to 10 years old, Western music was really hard to access in China. There was a music programme broadcast one hour alternative and pop music in Hong Kong TV. I used to tape them using VCR and recorded all the music videos I liked, and I still have them. I don’t think new generation know what is “VCR”.

They released their new album called “Roses” and it sounds just like them. I actually like the new album – it has been so long and great that they are still producing new music.

The concert was great! Dolores has a great voice and also a good performer. I was so happy to see them and it was really fulfilled my teenage dream. When they sang Just Imagination, Zombie and Dreamer, all the audiences were singing with them, including me! Yep, it was good fun night and it was very special for me.

The first pictures was mine, and the rest of pictures are from Something for Kate.